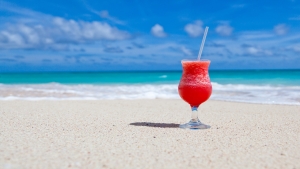 No matter how you picture your ultimate Indian Ocean holiday – in the Maldives, where else? – you can never really picture it out the way you imagined it. That’s how beautiful the Maldives and its islands are. Whether you want to just quietly contemplate the clear turquoise waters, go diving with unique marine life, sip coffee on the pearly white beach, or even explore inland on a safari, here are just some of the few choices for a Maldives’ holiday.

You can enjoy culinary delights from around the world or specializing in Maldivian dishes at any exclusive or open resort or hotel on any island of your choice. You can still find the best a la carte restaurants for some of the tastiest dishes in Malé City or its surrounding islands. You will even find really good Japanese delicacies, fresh seafood grills, and Mediterranean cuisine. The market area in Malé City also offers the best Maldivian specialties.

If you’re into diving, instead of diving in just one spot on an exclusive island, why not experience the best diving spots in the Maldives by taking a Liveaboard Diving Boat cruise? Adventure Maldives offers its Scuba Escape liveaboard diving package with an itinerary for 8 days and 7 nights aboard a Maldives Boat Club vessel.

If you love spa or yoga retreats, try Island Revive by Adventure Maldives. A unique Maldives holiday where you get to explore a beautiful uninhabited island while having daily yoga sessions at sunrise and sunset. You also get to choose to either have spa sessions or go fishing. There is also a night UV snorkelling session in a pristine reef.

If it is privacy and intimacy you need, there are lots of couple’s hideaways to choose from in the Maldives. Each exclusive resort or beach offers its own package, always with a peaceful and secluded setting, with its own “no shoes barefoot policy.” You can have romantic strolls on beautiful sandbanks or dine under the stars and over sea waters. 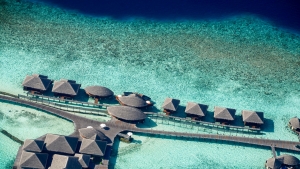 If you are the type of traveller who loves to explore even on holiday, have unique experiences, but still retain being laid back, then the Maldives is the best place for you to spend a holiday, or perhaps plan for a future Valentine’s getaway trip. All you need is to search this archipelago republic on the internet and be mesmerized by wonderful views, its sunrises and sunsets, the clear waters, amazing islands, pearly white beaches, and the wide variety of marine life thriving in the waters of the Indian Ocean.

What we would usually advice is to either stay in a hotel, a resort, take an exclusive island tour, or get a liveaboard diving cruise (the latter two is readily available in package form at Adventure Maldives). You can still experience island hopping by yourself, sort of like backpacking, in order to experience the exclusive beaches, markets, and cafes along the way. However, the transportation service in the Maldives is not standardized nor government controlled. The ferry system implemented 6 years ago is still somewhat unreliable. We would advice simply exploring Malé and its neighbouring beaches.

You will experience a unique blend of Maldivian culture that is part Sinhalese, part Indian, and part African, and its people so friendly that you won’t be worried about the country being Muslim. The local delicacies are even more unique with tastes coming from Vietnam, Thailand, Sri Lanka, and India.

For a small country the majority of its citizens is well educated and speaks passable to fluent English. Its people are well skilled for the tourism industry, coupled with great talent from its painters, artists, poets, musicians, and the like.

When you do have your holiday in the Maldives, you will realize that all those aerial photos that you’ve seen on the internet will never do justice to the country’s real beauty. There’s something unique about looking out the airplane window and seeing all those little islands lined up in a perfectly blue and clear ocean, free of any pollution. The view will be so breathtaking it will have you reaching for your camera or phone.

Here’s a bonus. When you land at the international airport it seems that you’re landing in the middle of the ocean since all you’ll see is the blue ocean on either side of the plane. And once you leave the plane, you’ll be surprised by the pleasant weather and clear smell, or the lack of any smell in the air, since the whole country is pollution-free. 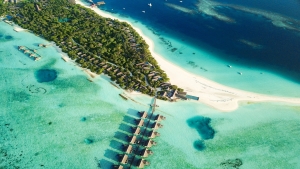 The Liveaboard Association of Maldives (LAM) says that the liveaboard industry is a flourishing industry in the last 5 years. This is all thanks to more educated workers joining the industry. However, LAM stressed that for the industry to flourish in the next decade or so, it needs more influx of educated staff and workers.

According to LAM’s secretary general, Mr. Mohamed Ignaz, the industry has grown in leaps and bounds because the workers and personnel serving the guests aboard diving boats can fluently communicate with them and understand their needs. Mr. Ignaz added that currently, 80 percent of liveaboard staff and workers are locals, most of them educated. The target of the association is to hire 100 percent local staff that are all educated. This will also reduce the amount of money being sent overseas by non-Maldivian workers.

LAM further stated that members of the association have made huge efforts in the building and operation of safaris and yachts, and as a result, many locals have been recruited into the industry, mostly educated ones.

Safaris and yachts involved in the liveaboard industry plays an important role in the tourism industry as a whole in the Maldives. According to statistics compiled by the Tourism Industry, there are around 150 safaris and liveaboard companies plying the Maldivian seas, with millions of Rufiyaa (Rf) being paid annually by these companies.

Liveaboard or live aboard is the term used for any tour or diving package that involves living aboard a yacht or diving boat for the duration of 5 days to 1 week instead of staying on a private island exclusive resort or staying in an inland hotel. 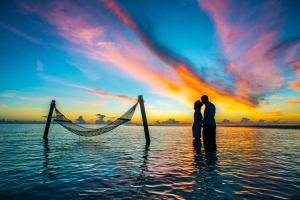 For anyone entering the Republic of Maldives, especially tourists, the country grants free visa-on-arrival status to all countries of the world for a limit of 30 days. For visa extensions of up to 60 days, there is a visa fee of 700 Maldivian Rufiyaa (Rf.). The only exceptions are India and Brunei. Indian nationals are visa-free for 90 days in the country, while nationals of Brunei can apply for only a 15-day stay visa.

Tourism is obviously the Maldives’ main source of income. In 2017 alone, some 1,300,000 visitors went to the Maldives, mostly tourists on various holidays. The top 10 countries whose nationals visited the Maldives were:

In relation and in positive reciprocity of the above, the government of the United Arab Emirates has waived the visa fee for Maldivians travelling to the UAE beginning January 1, 2019.

This was announced by the state minister of Foreign Ministry, Mr. Ahmed Khaleel. He also added that all airlines have been notified about this visa-less arrangement between the Republic of Maldives and the United Arab Emirates.

Maldivians of all categories, whether carrying an official, diplomatic, or ordinary passport, will be allowed to travel to the UAE without applying for a visa. As for special business visas, the procedure will still follow normal protocols.

In addition, it was also announced by the Minister of Foreign Affairs, the Honourable Abdhulla Shahid that some agreements have been reached with India regarding visas for Maldivians travelling to India.

Malé City to be Illuminated by over 4,000 Solar Lights

Tourists will be happy to know that over 4,000 solar LED lights will be installed around the capital City Malé, as well as in the suburbs of Hulhumale’ and Vilimale’. This was announced by the Minister of Housing and Urban Development, Athifa Shukoor. The project, conducted through international assistance, involves the Malé City Council, Hulhumale’ Development Corporation (HDC), and the Maldives Stated Electric Company (STELCO).