Auctioned or latest edition, we listed the most expensive surfboard found online.

The board was created by New Zealand-based surfboard designer Roy Stuart a 3.2m long, made with timber from Paulownia – a tree native to Asia, And has a gold lion painted on with a red resin outline 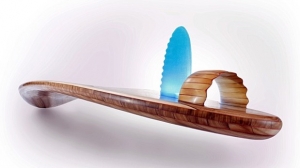 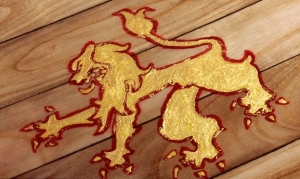 The board was created in a small studio in North Devon in England. it is considered to be the this intricately created. the board consists of a plating that is rampant throughout the fiberglass. made up with 24K gold manufactured by Ellie Miller 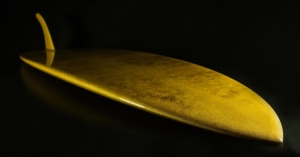 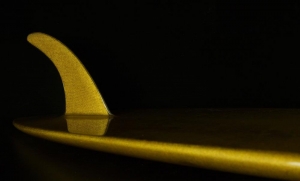 This Surfboard used in the filming of 1979’s cult film Apocalypse Now. At the Pacific Coast Vintage made by Reynolds “Renny” Yater. 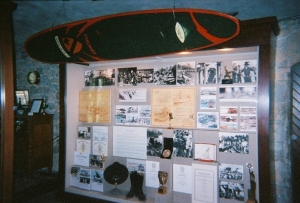 Made by Beachbeat in St Agnes,  they are now believed to be one of the most expensive surfboards in the world, it is likely they may not be splashed with sea water. 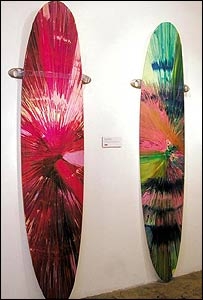 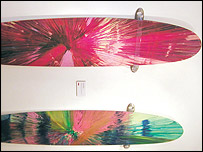 Marc Newson is a London based Australian designer and Dick Brewer the undisputed king of surfboard shaping since time began, and McNamara the collaboration makes a board with a perfect glide that could handle a 60-foot backdoor section at Jaws. Lord knows how all three got together, the board now is the most functional, futuristic and freaky ever produced. 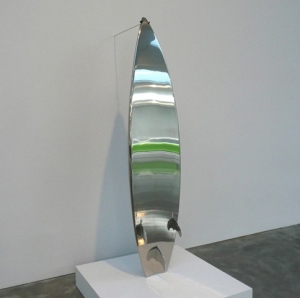 Kelly was 9 yrs old when he got his first surfboard, a 7-foot redwood planked shaped by David Kahanamoku, Duke’s brother. From Catherine Toth of the Honolulu Advertiser by reshaping the underside of a friend’s redwood plank to give it a rounded hull, this “hot curl” design is credited with the development of big wave.

Greg “Da Bull” Noll in the 1950s and ‘60s, one of the biggest names in surfboard manufacturing. His boards are some of the most sought after in the surfing world, with one of his original balsa guns being sold to a US collector for $US40,000 in 2008.

However, it is the board he holds in perhaps surfing’s most iconic photo on the beach taken by John Severson at Pipe that most collectors, historians, and fiberglass freaks covet the most.

know to be the first fiberglass board maker Pete Peterson. This surfboard was one of the first it has a hollow plastic mold, with a redwood stringer and sealed with fiberglass tape that can come in any length and width the person would like. The weight of the surfboard varies on the size of the board. 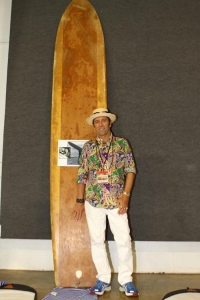 “These surfboards were the state of the art back in the 1970s when Jack Shipley and I started Lightning Bolt Unlimited, Surf Co. Inc. The pintail shapes were designed specifically for riding the tube at the Pipeline, something that had not been done with a lot of success before that time. The sleek look of the shapes, as well as the unique individual color work of the glass jobs, had tremendous appeal to surfers visiting Hawaii from all over the US and other parts of the world. We sold a lot of these racy pintails because they looked great all lined up in the racks of our shop. Many of them ended up at beaches on the East Coast of America, Australia, England, Japan and other places where they really were unsuited for the local waves. They did, however, still look good on any beach anywhere.” By GERRY LOPEZ 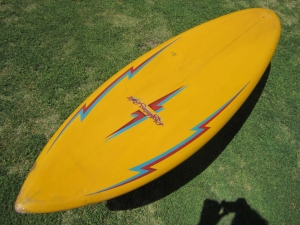 Introduced the Swastika model surfboard by Pacific System Homes in 1930s, it is the first commercially produced surfboard line, so-named for the swastika design that marked each board. this board symbolizes harmony and good luck in various cultures around the world, the swastika disappeared from Pacific System Homes surfboards with the rise of Nazi Germany, and the company changed the name to Waikiki Surf-Boards in 1938.