Surfing is defined as an activity as a hobby or sport riding on top of the wave while standing or lying on a special board.  We list the different kind of surfing activity you can do while having a vacation, to give it more fun and exciting.

Surf – The most common activity in surfing category, where surfer lay on the board to the point where surfer gets the wave break, paddles and gain motion to stand up and surf along with the moving wave.

Windsurf – A combined activity with surfing and sailing, where such activity will take within the ocean and lakes. Sailing 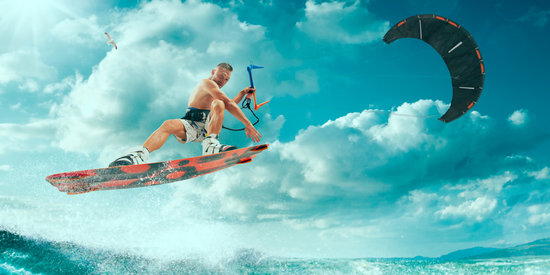 Kite Surfing – A wind-powered surfing which is also a combined concept of wakeboarding, snowboarding, windsurfing, paragliding, and skateboarding and sailing into one extreme sport.

SUP – Stand up Paddle idea came originally from Hawaii, what makes this activity different is that the surfer sits on the board until waves come. Stand up paddle boarders stands on their boards use as a paddle and board.

Kneeboarding – A surf style board with fin(s) is also done in waves at the beach. With a tow-sport kneeboard, riders kneel on their heels on the board and secure themselves to the deck with an adjustable Velcro strap over their thighs.

Bodyboarding – also referred to as Boogie boarding a water sport in which the surfer rides a bodyboard on the crest, face, and curl of a wave carrying the surfer towards the shore.

Surf Ski – A surf ski is a long, narrow and lightweight craft similar to a kayak but with an open “sit-on-top” (SOT) cockpit and a self-bailer to eliminate water instead of the enclosed kayak-style cockpit which can be sealed against the elements with a spray skirt or tuliq. Surf skis are primarily designed for speed, including fast runs on the open seas, and have a powerful, pedal-operated rudder to control the boat while surfing on wavefronts.

Bodysurfing  – is the art and sport of riding a wave without the assistance of any buoyant device such as a surfboard or bodyboard. Bodysurfers often equip themselves with a pair of swim fins that aid propulsion and help the bodysurfer catch, ride and kick out of waves. Some bodysurfers also use a ‘hand plane’, which helps get your chest out of the water to reduce drag.